How many countries will first put several warnings out as to where they will strike, so civilians can evacuate to avoid injuries?

I've never heard of such a thing until I listened (in person) to Col. Gruber, from the Israeli Defense Force (IDF), state that Israel tells their enemy where and when they will strike if they suspect civilians are nearby a military target. They dropped phamplets to the neighboring areas of Hamas terrorists, telling them about their strike and to evacuate. 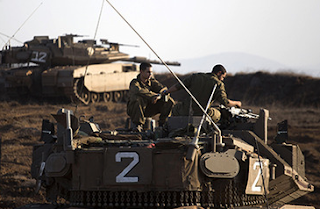 I have noticed how the press has NOT been telling the whole story concerning the aggression in Gaza; Hamas fired dozens of Iranian-supplied missiles from Gaza into Israel, long before Israel retaliated to defend themselves. So why is the majority press stating that Israel is on the "offense?" That is not only the language used, but most articles have implied that Israel "attacked" Gaza, when it's actually the other way around.

Let's make this dispute simple: Israel gave their strip of prime beach known as Gaza to the Palestinians in 2005 as an offer of peace once and for all. The terrorist group backed by Iran, Hamas, strong-armed Gaza from the Palestinians.

Hamas' view? Death to Israel. They want ALL of Israel, not just Gaza.
Posted by Crystal Clear Hearing Aids at 11:53 AM