Yes. Nazis and Jews were bundled together on the island of Cyrpus just after WWII ended:

I received a lot of flack about an excerpt from my book "Rebirth." 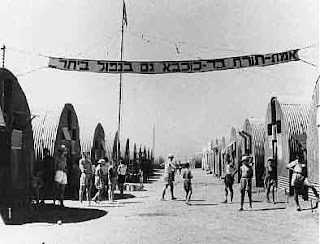 Some questioned how the British government never arrested Jews during and after WWII. They not only arrested over 50,000 Jews from 1939 to 1948 and detained them at Cyprus, which was originally was designated for German war criminals, but allowed Nazis to be in camps nearby. 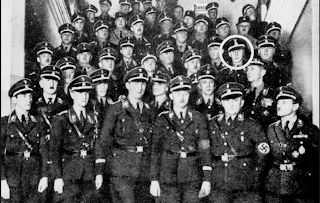 Since this fact was so hard to anyone to find, I thought I'd add it here so you can see it for yourself: It came from a book written by Morris Laud entitled "Last Barrier to Freedom." In his book, he gives a point of view as the director of a Jewish relief agency, when he served in Cyprus during this confusing time in history. 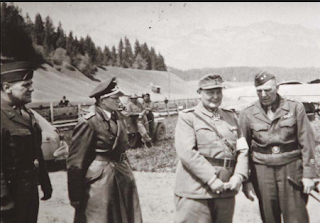 On page 25 of his book, he states the fact how the Nazis in the adjacent camp at least had electricity in their camp, but the Jews had very harsh conditions without electricity. 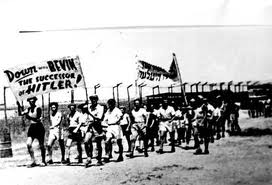 Relive and experience this atrocity in Rebirth: www.rebirthofisrael.com
This was posted so no one will forget!
Posted by Crystal Clear Hearing Aids at 3:50 PM No comments: