With each passing week it seems that anti-Semitism and raw hatred for Israel is more permissible and socially accepted in the United States’ and Europe’s mainstream circles.

In fact, anti-Semitism is growing respectable in some quarters. This week’s startling example comes by way of one of the world’s oldest and most prestigious medical journals — Great Britain’s 200-year-old The Lancet.

The Lancet is the UK’s counterpart to The Journal of the American Medical Association (JAMA) in the U.S.

Last month,The Lancet published “An Open Letter for the People of Gaza” which harshly condemned Israel but made no mention of the war crimes and atrocities perpetrated by Hamas in the recent conflict.

Some controversy followed the publishing of the letter, but The Lancet has refused to retract it — even after it came to light that at least two of the five co-authors seem to subscribe to anti-Semitic conspiracy theories about the Jews controlling and manipulating governments and the media.

As the respected British newspaper, The Telegraph, pointed out in a recent article on the controversy, “. . . a cache of emails openly available in Google groups show that two of the authors, Dr. Paola Manduca and Dr. Swee Ang, have sympathies with the views of David Duke, a white supremacist and former Ku Klux Klan Grand Wizard.”

The truly troubling aspect of this incident is that it is only one droplet in a much larger global flood aimed at isolating, marginalizing, ostracizing, and demonizing Israel. Equally troubling is the evidence that raw hatred for Jews is becoming acceptable in the great institutions of the Western world.

Every day, and in multiple ways, Jewish Voice is fighting this trend. We’re using every channel of communication at our disposal and innovative strategies to counter the lies and distortions about Israel with the truth.

This article was originally posted by Jewish Voice Ministries: Your ongoing support is so vital and so deeply appreciated. (You can help now by clicking the “Donate” button to the right.)  DONATE to a Great cause

When you share, you’re combatting darkness and hate with light and love. Thank you.

To the Jew first and also to the Nations,
JVM
Posted by Crystal Clear Hearing Aids at 1:35 PM No comments:

This 5 minute video is really worth watching: 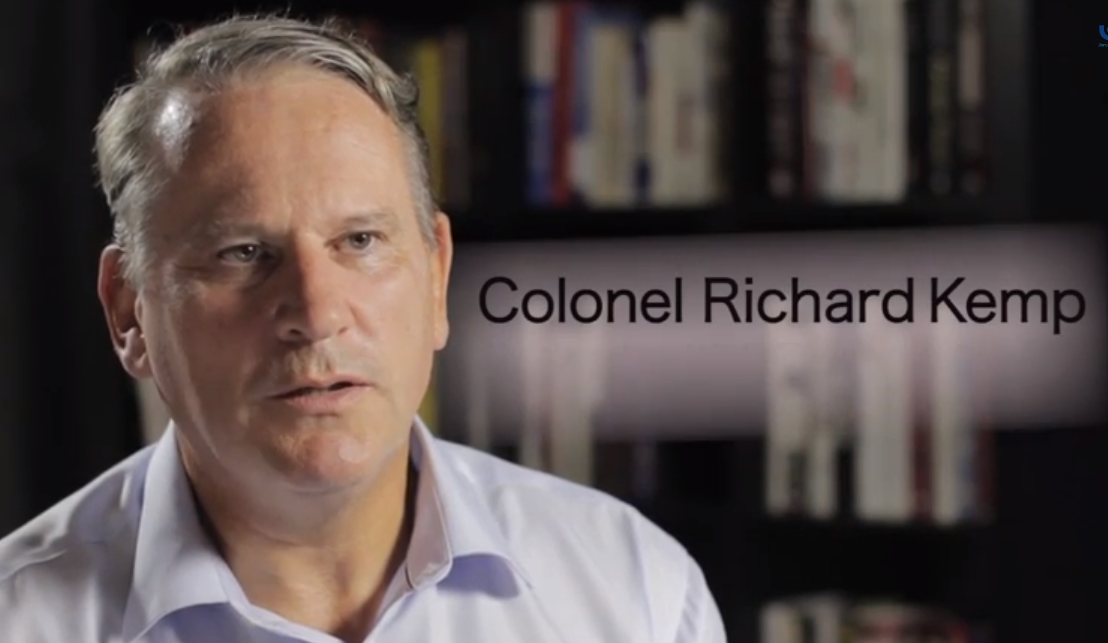 Posted by Crystal Clear Hearing Aids at 1:02 PM No comments:

It's no secret (though not widely known) that NAZIS and ARABS had co-conspired in the Holocaust together; Shown here is a disturbing picture of ARAB troops who fought side-by-side with the SS Army during WWII.

Today's Islamic techniques can be traced to NAZI roots; Especially their ultimate desire not to negotiate with Israel, but seek their destruction... 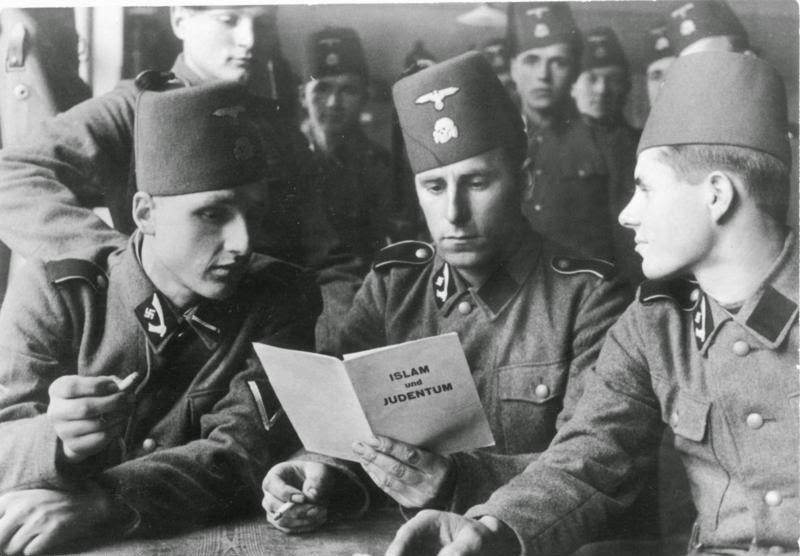 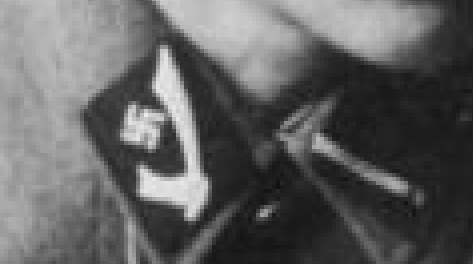 Some 20,000 ARAB soldiers were assembled by Haj Amin Al Huseini to assist SS forces in fighting for Hitler. Notice the close up photo (Above) with a swastika worn by these ARAB soldiers. 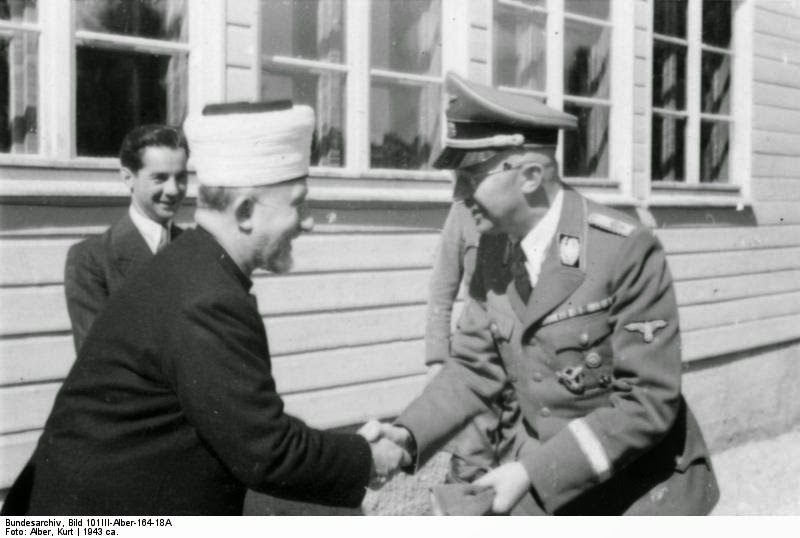 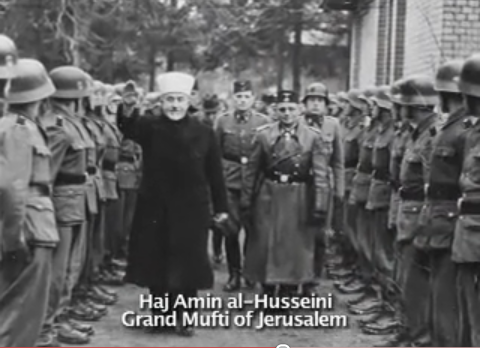 The lesson here is to keep telling our politicians that HAMAS or the Palestinian authorities have NO desire to "negotiate" any peace with Israel when they are completely bent on Israel's destruction;

But let's not forget the victims of this tragedy...The many innocent common Palestinian people who want nothing to do with HAMAS and their dictating leaders.

READ MORE ABOUT ISRAEL and HOW IT STARTED

Posted by Crystal Clear Hearing Aids at 2:17 PM No comments:

Just 10 days after a ceasefire ended a 50-day Israel-Hamas conflict, the Israeli army is “making plans and training” for “a potentially very violent war” against Hezbollah in south Lebanon...

The IDF gave Israel’s Channel 2 access to several of its positions along the border of Lebanon.  An IDF brigade commander warned that such a conflict “will be a whole different story” from the Israel-Hamas conflict in which over 2,000 Gazans (half of them gunmen according to Israel) and 72 Israelis were killed. “We will have to use considerable force” to quickly prevail over the Iranian-backed Hezbollah, “to act more decisively, more drastically,” said Colonel Dan Goldfus, commander of the 769th Hiram Infantry Brigade.

He said that anyone who thought Hezbollah was in difficulties because it has sustained losses fighting with President Bashar Assad in Syria is mistaken. The report noted, indeed, that Hezbollah has now accumulated three years of battlefield experience, and has greater military capabilities and considerable confidence as a consequence. THIS IS IRAN FUNDING AND BACKING TO ATTACK ISRAEL...

Excerpt taken from: Times of Israel

Visit www.rebirthofisrael.com to read more about how all the heated issues began.
Posted by Crystal Clear Hearing Aids at 1:28 PM No comments:

Watch how badly Obama dropped this ball with ISIS...

If you have politicians like Diane Feinstein and Hillary Clinton knocking Obama; THEN YOU REALLY get a picture how badly he's running our country and the incredible risk he has us under!

And think of all the killings that Obama could have been prevented... 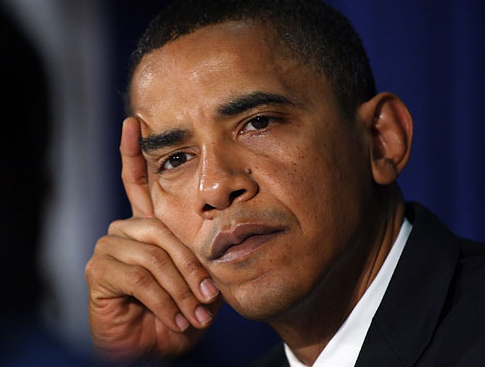 This video is really worth watching: CLICK HERE TO WATCH A CHILLING PREDICTION


Posted by Crystal Clear Hearing Aids at 4:31 PM No comments: