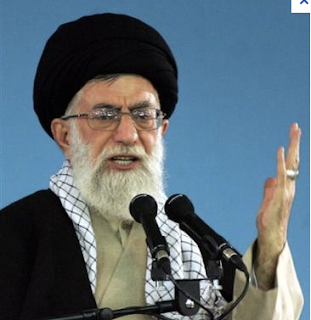 The intentions of Iran's rulers could not be clearer. They have repeatedly threatened and incited genocide. Most recently, Iranian President Mahmoud Ahmadinejad called Israel "a cancerous tumor" which will "soon be excised." He added: "The nations of the region will soon finish off the usurper Zionists." The website of Supreme Leader Ali Khamenei declared that there is religious "justification to kill all the Jews and annihilate Israel, and Iran must take the helm." To achieve these goals, Iran's rulers have been developing nuclear weapons. The Israelis would be very much justified in using military force to prevent the revolutionary Islamist regime from acquiring nuclear weapons.

Winston Churchill called World War II an unnecessary war because it could have been prevented: The Nazis should never have been allowed to obtain the weapons they would use to overrun Europe. Hitler marveled to one of his generals that no one challenged him while he was weak. They waited until he was at his strongest, thus guaranteeing a much bloodier conflict. The writer is president of the Foundation for Defense of Democracies.
www.rebirthofisrael.com
Posted by Crystal Clear Hearing Aids at 6:16 PM